Rupeethon was founded by a core team of 6 members: Scott, Conor, Jon, Rich, Ian, and Doug. Since its founding in 2009, the Rupeethon team has remained in flux. The original founders of Rupeethon all went to the same Long Island, NY high school. Over the years we have added crew members bringing in friends and friends of friends from college, work, and beyond.

Below is our main cast. “Are we stealthier if we take off all our clothes?”

“The gills are extremely tough. As long you have your gloves you’ll have no problem holding on and it won’t feel a thing. They already want to travel upstream. Just steer and keep your grip.”

“More coal!” Horns bellowed. Four furnaces stretched their maws like chicks anticipating their mother’s approach. Today he was a shoveler. Shoveling was just a small part of the job, the apprentice mechaneers learn to repair equipment and to pilot the great engine forward. Those promises were kept but the beast turned out hungrier than anyone anticipated. The apprentices worked extra shifts just to keep the boilers in baseline.

He felt like a little engine himself, having traveled so far to reach where he was yet thundering ahead to some place distant and unknowable. A few recruits from a city they passed had just joined the mechaneer corp. Was he once like them, so impossibly meek and unskilled? One was bent over in sweaty exhaustion. Coal had piled over her feet. He knew a secret though: they were the most valuable parts onboard. 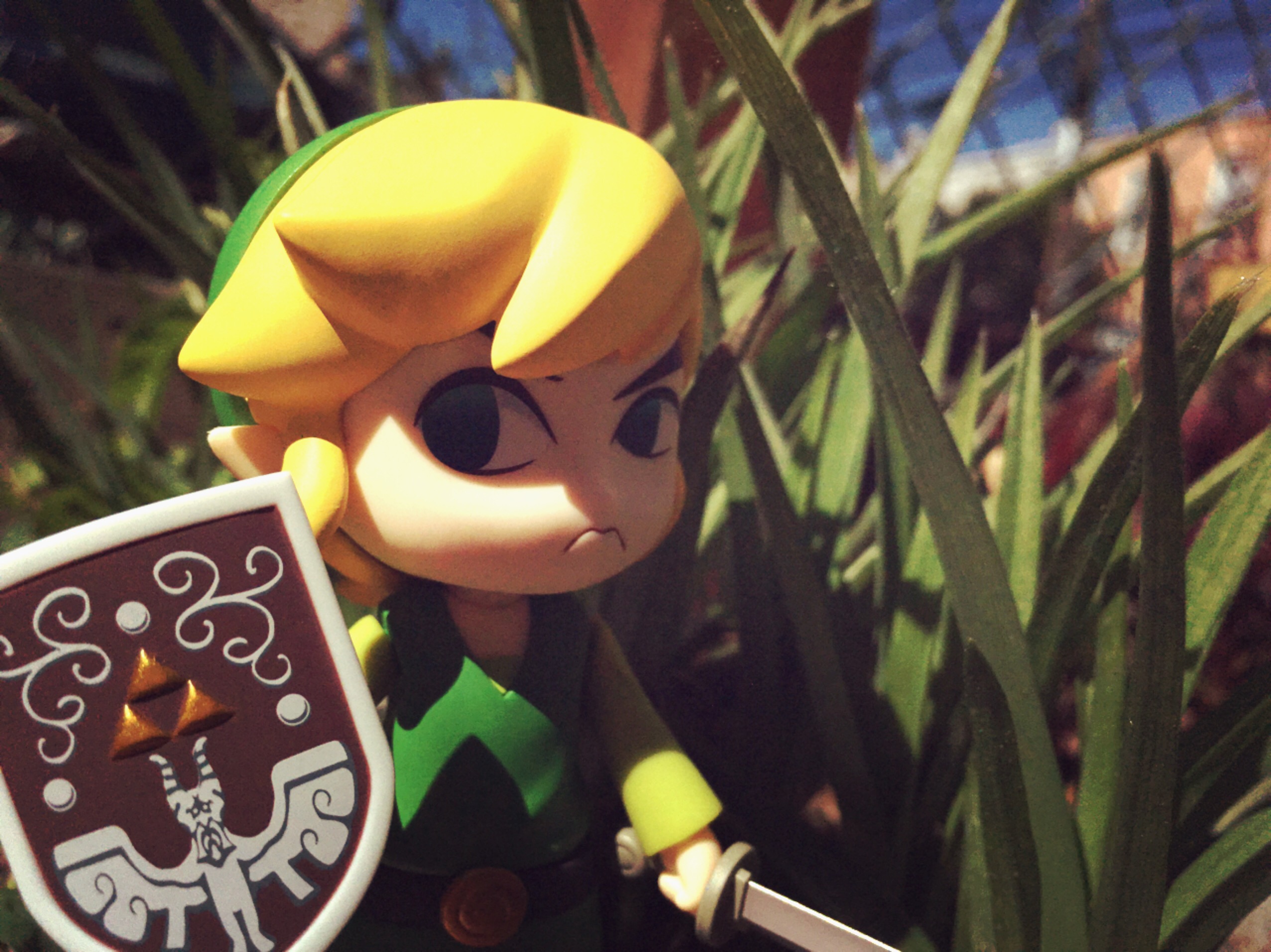 The charismatic, yet always enigmatic, leader of the GANON CLUB. After debuting as a founding member of Rupeethon in 2009, his impact on the success of the fledgling promotion was manifest. Known for his goofy, almost lackadaisical, and at times reckless playstyle, Conor quickly garnered attention from rupeefans around the world. He is dope at playing while wearing boxing gloves and getting hit by fish. 2016 proved to be his most successful year to date, becoming your first ever RUPEETHON HEAVYWEIGHT CHAMPION. He wants you to know that he thinks Breath of the Wild is mediocre at best, because he feeds on hate. Also, shut up Steve, Zelda II isnt even a real LoZ game; It’s just a bad Mario clone. Finally, let him know if you like Pina Coladas, and getting caught in the rain. He is not much into health food, but IS into champagne. West over water I fared
bearing charity’s waves to the shore
of the Great Sea’s heart;
my course was set.
I launched my Red Lion King
at the breaking of ice,
loaded my cargo of prizes
aboard my longboat aft.

The warrior welcomed me,
to him my praise is due.
I carry Hyrule’s mead
to Child’s Play’s meadows.
The Princess I laud,
sing surely her praise;
I ask to be heard,
an ode I can devise. 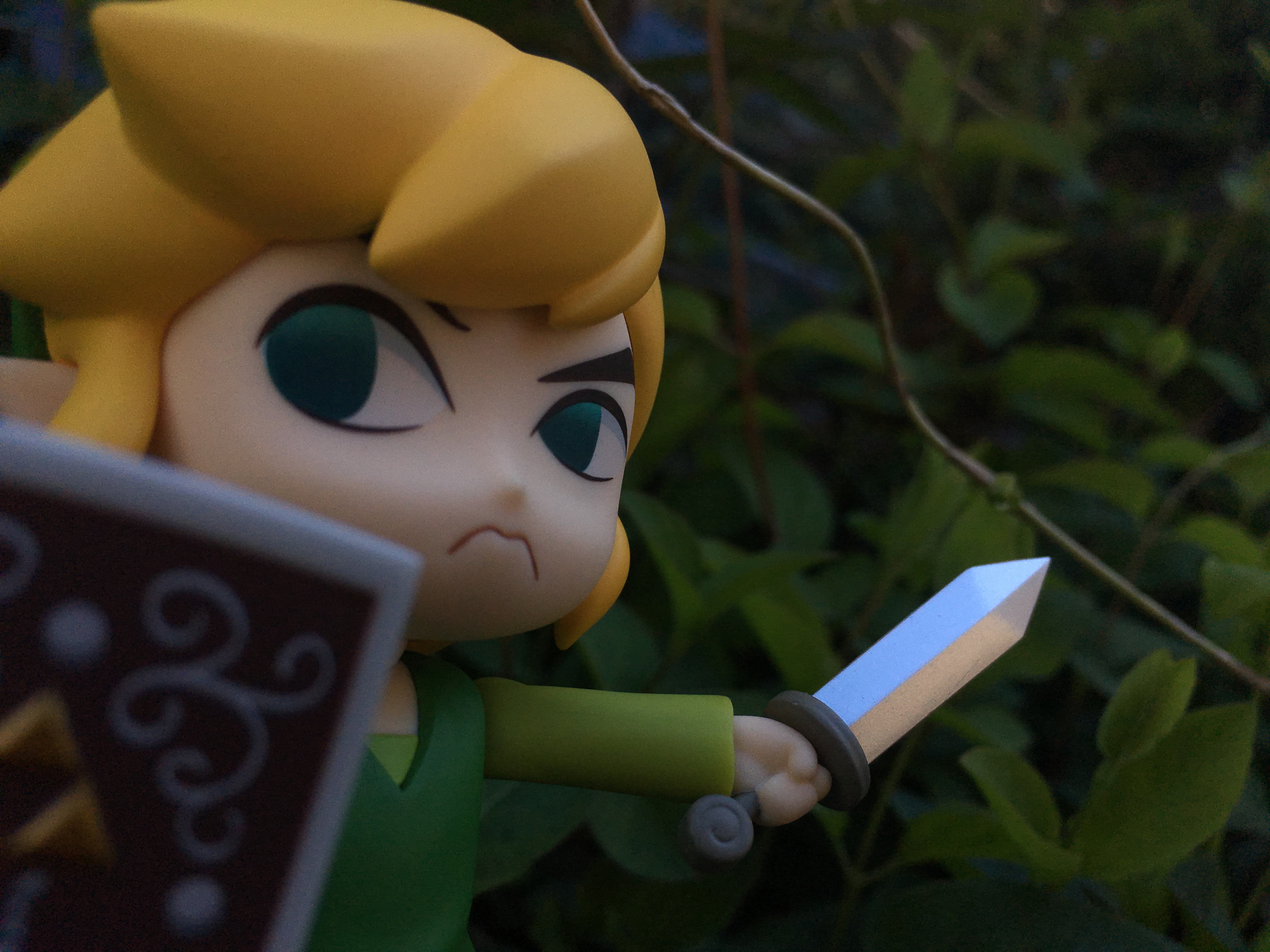 In a nutshell, Rich’s life resembles an episode of “Through the Wormhole with Morgan Freeman.” No one has seen the true Rich since Rupeethon 1, the internal structure of his body long-ago being replaced by carbon nanotubes, his blood tireless iron-based nanobots, the very wiring of his brain overwhelmed by a complex circuitry of elements not yet discovered by modern science. What you see before you is no mortal, rather, an illusion created by technologies alien even to the most advanced lifeforms in the universe. 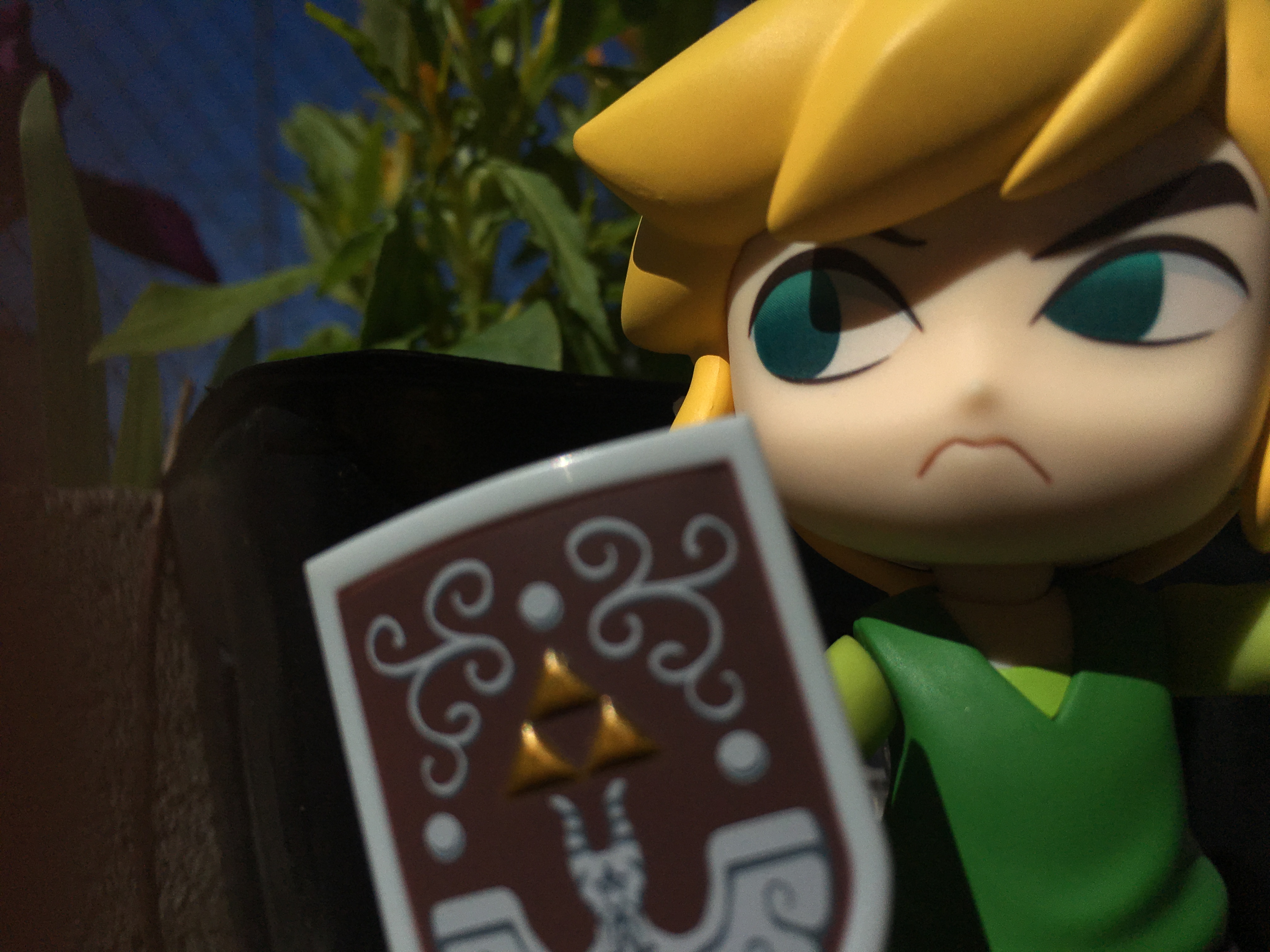 “Hating is a form of caring.”

A founding crewmember who vanished mysteriously in 2011, never to be seen or heard from again. Currently believed to be hiding in Boston, pretending to be a responsible adult. 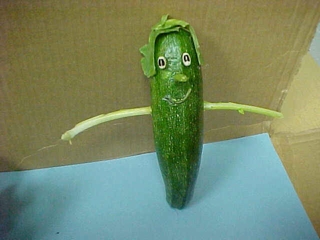 He pulled his bow across the strings
And it made an evil hiss
And a band of demons joined in
And it sounded something like this. Chrissy is a librarian who does her best to keep the rest of the Rupeethon crew organized, despite their efforts to the contrary. She reads game walkthroughs as if they’re novels, hunts trophies and achievements like it’s her job, and once filled a house in Skyrim with so many cabbages that the game crashed. 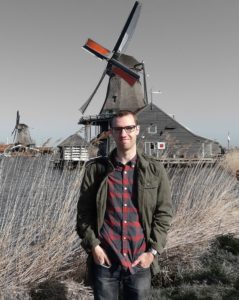 “I still have my mix casette with ‘I Only Wanna Be With You’ by Hootie and the Blowfish.”

When not blitzing through Fire Emblem with a blatant disregard for “strategy”, Steve can be found walking his dog Estellise, enjoying a laid back golf video game, or dunking the goddamn Rainmaker in Splatoon 2.

Steve manages the audio for Rupeethon, so blame him if the stream goes silent mid-marathon. Beryl has a Bachelors of Architecture, a Masters in T.V. Tropes, and a Ph.D. in Giant Robots.

She doesn’t believe in coasters.

She lives at the base of Death Mountain, where she forms a third of Cantaloupe Cosplay. 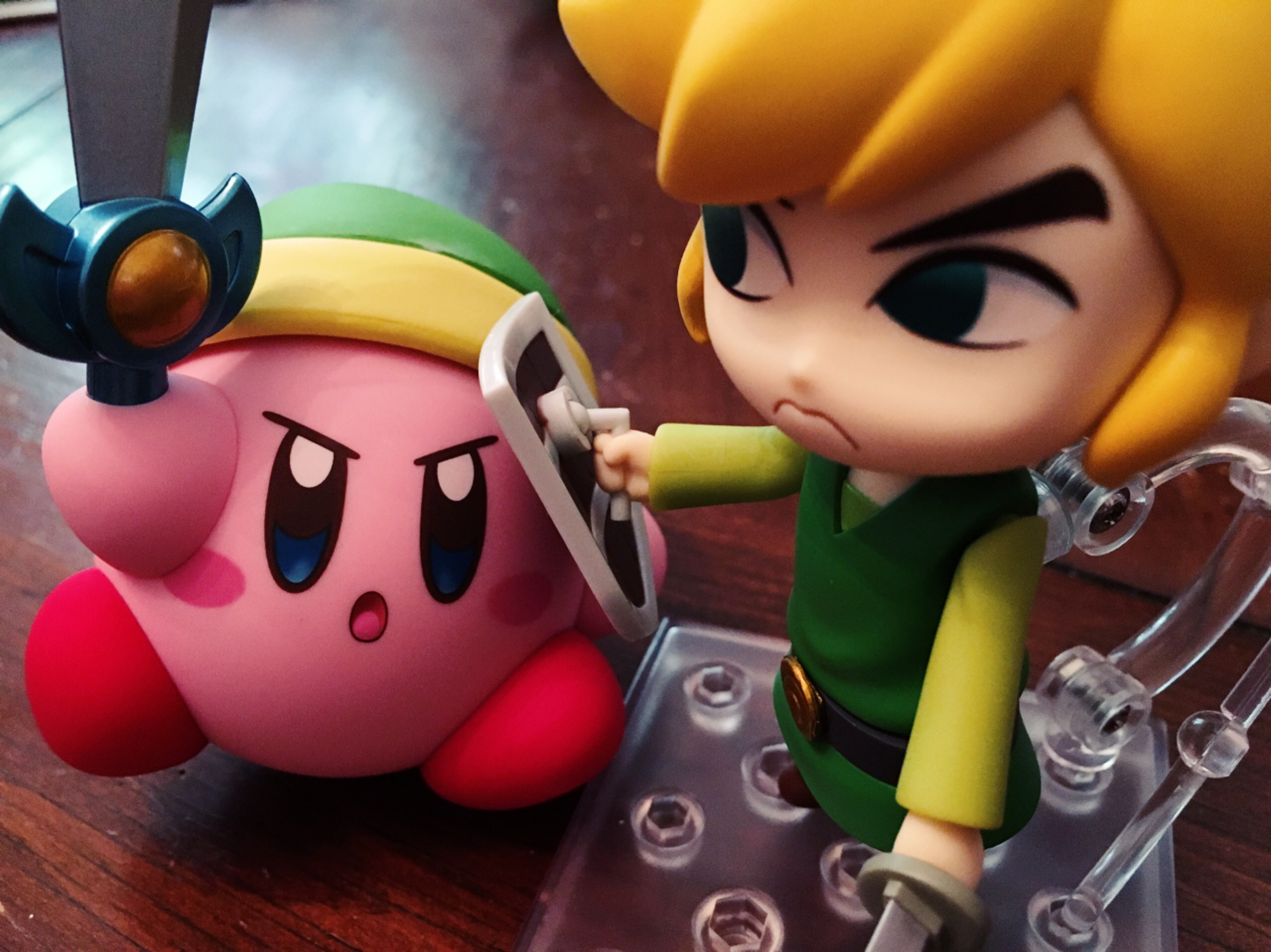 “I went down the front steps with rollerskates on…”

Grayham peered out from under the brim of his stylin’ top hat. The torchlight reflected a devilish gleam in his eye. The Darknut approached, sword out in an aggressive fighting pose.

“Kick you down the stairs.” Grayham whispered, barely audible over the sound of clanking armor.

“WHAT DID YOU JUST SAY TO ME?!” The Darknut howled.

Grayham smirked, then lept towards the beast with a vicious upward swing. The Darknut recoiled as his helmet flew off. Grayham’s momentum carried him into the plated chest of his foe, knocking the creature off balance. Without hesitation, Grayham spun himself to the Darknut’s back, and with another slash of his broadsword, cut the supports to its armor.

“I said KICK YOU DOWN THE STAIRS.” Grayham replied, as he landed a devastating side-kick into the Darknut’s spine, sending him tumbling, limp, down the cold castle stairs. Within seconds Grayham was on his enemy again, and with a vicious roar, plunged his sword deep into the demon’s chest, puncturing its heart.

When the Darknut stopped twitching, and disappeared from this realm in a puff of noxious purple smoke, Grayham stood, shook the blood from his sword, and continued his way towards the hall where Phantom Gannon lay in wait. 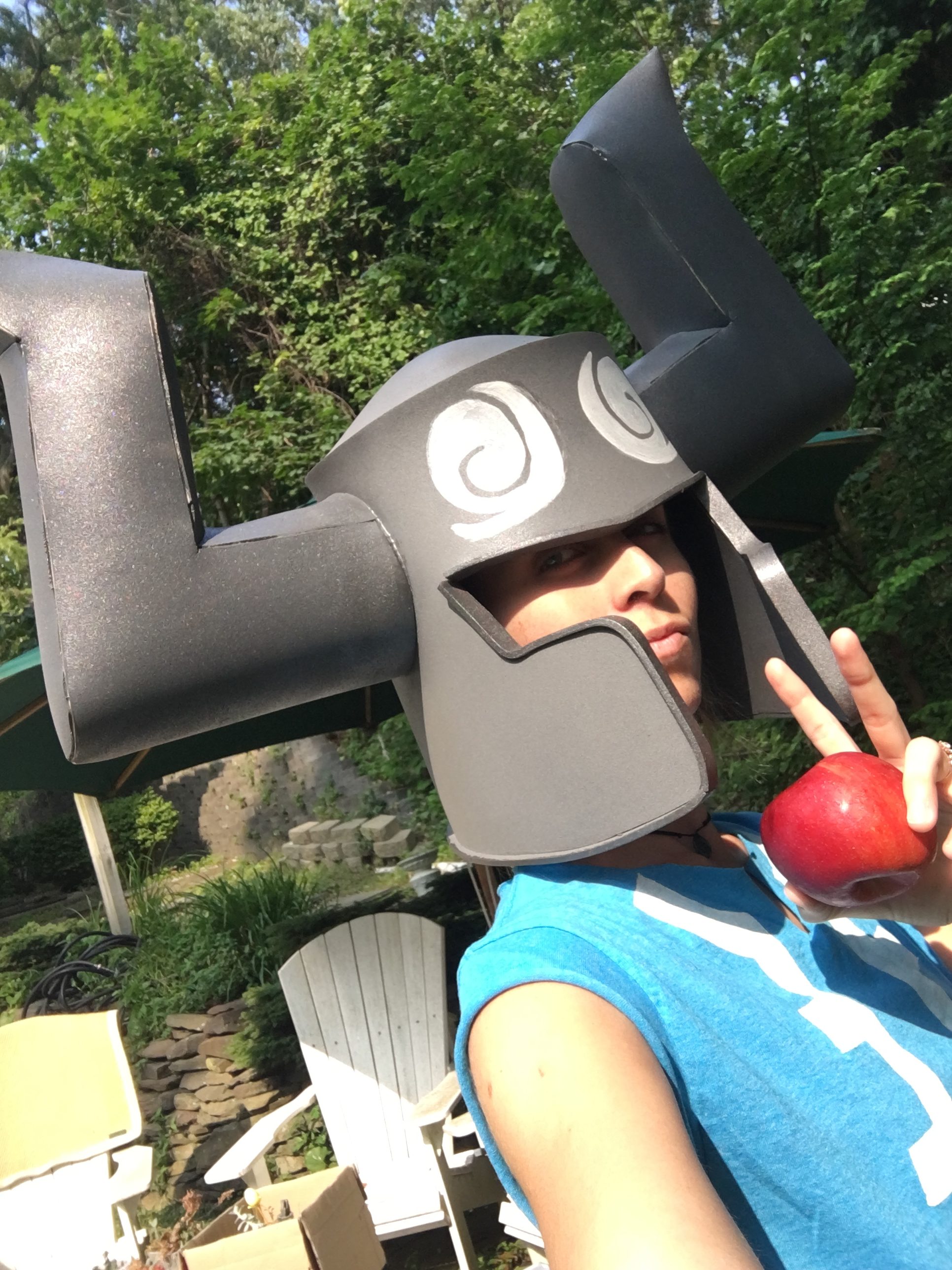 “Poor child, I am made of cheese and have no hands. For what and why would I want your gravy?”

Mostly architect, partially cosplayer, Julianne is actually most well known for starting video games and not finishing them. Except for Phantom Hourglass. She definitely finished that one. And maybe a Pokemon game or two. Those are hard to keep track of sometimes.

Julianne spends the majority of her time on the internet disguised as Liann (such a cleverly crafted name, she knows) or Ayu. She’s usually on tumblr posting doodles once every twelve years, or on the Cantaloupe Cosplay Facebook page showing off all those sweet, sweet cosplays those awesome ladies make.